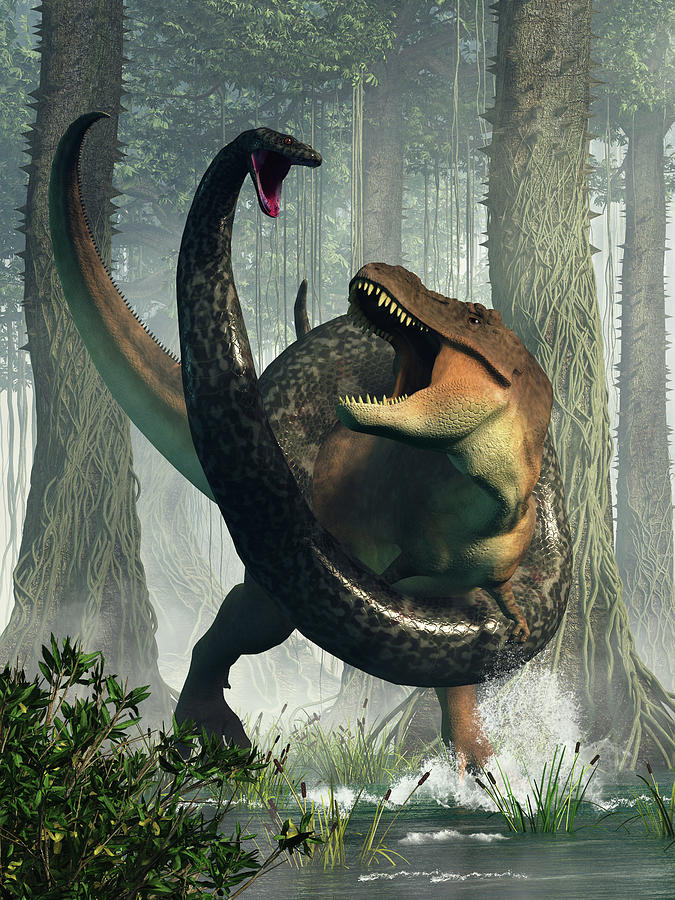 A tyrannosaurus rex has wandered into a swamp and found himself at odds with the largest snake ever known to exist.  The massive titanoboa coils around the king of carnivorous dinosaurs and rears up, mouth open.  The t-rex is no push over though as the turns up to face the snake bringing to bear his massive mouth full of sharp teeth.

Such an encounter is a bit anachronistic, but it was fun to make.  Tyrannosaurus lived in North America during the late Cretaceous era around 66 to 68 million years ago.  Titanoboas lived during the Paleocene era, after the extinction of the non-avian dinosaurs, in what is now Columbia around 60 million years ago.  The two were separated by around seven million years.  I did a bit of Googling to see if any giant snakes existed in the Cretaceous, but could not find any.  Though I do wonder a bit at the evolutionary history of the Titanoboa, did it really evolve from the rather small snakes of the Cretaceous to be that big in just  seven million years? For now, this will just have to be a "Skull Island" fantasy scene.