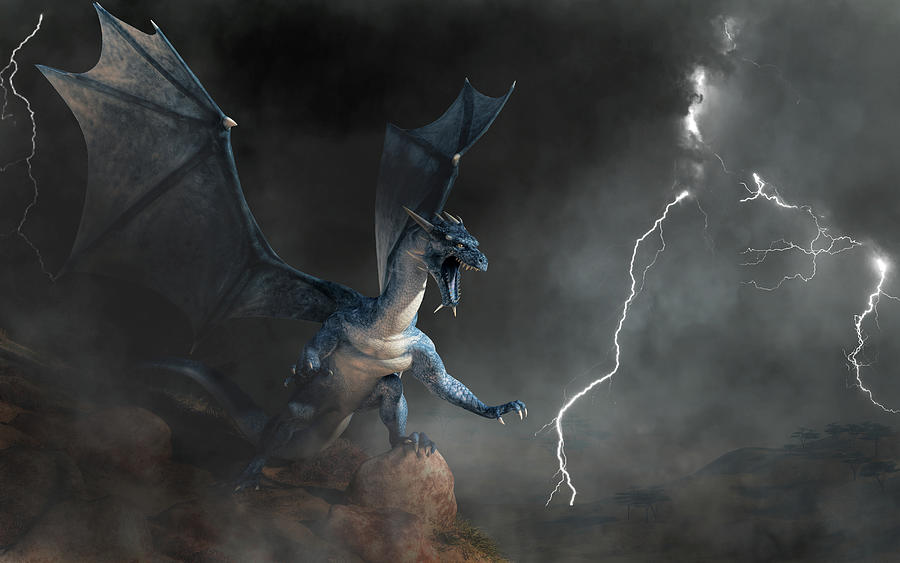 A blue dragon clings the the rocks of a mountain peak.  Dark mists swirl around the serpentine monster of myth and legend.  As the beast roars, lightning forks down out of the cloiuds.

When I was a kid, I played a bit of dungeons and dragons.  In the lore of that game, blue dragons, did not breath fire.  Rather, they spit lightning.  Originally, I had this dragon shooting lightning from its mouth, but I thought it looked funny, so, instead, I added a lightning strike in the background.

Thanks for looking,
Daniel Eskridge