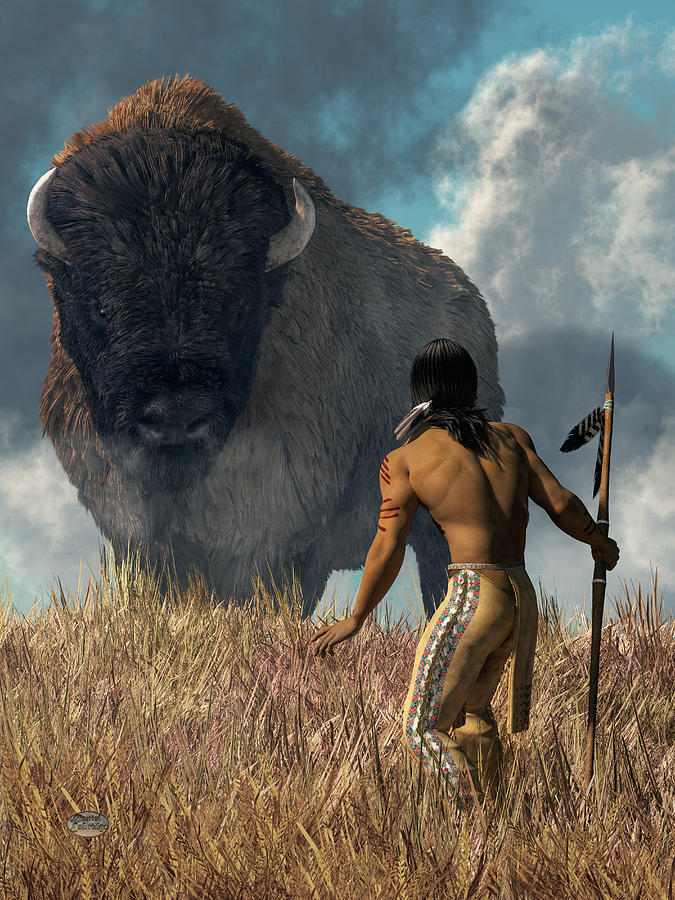 A Native American warrior is hunting in the grasslands of the American west. He hears a sound from over the next rise and carefully moves in that direction. However, cresting the hill is not some pronghorn antelope or deer. Rather it's his worst nightmare, a massive bison bull. The great beast stares directly at the man. The hunter armed only with a spear freezes and locks eyes with the huge animal. In the cold morning air, the buffalo breaths a cloud of steam as it huffs read to accept the hunter's challenge.

For this work, I wanted to give the bison a real sense of menace that threatens not only the American Indian but also the viewer. So, I placed it high in the composition, in a dominant position where it looks down over everything.

Tools I used to make this: http://fineartbydaniel.com/resources/

Wonderful image, congrats on your sale!

Great! Congratulations on your sale!

Cool picture Daniel. I liked and followed to too.

This is very cool. The bison is thinking "What?" :)