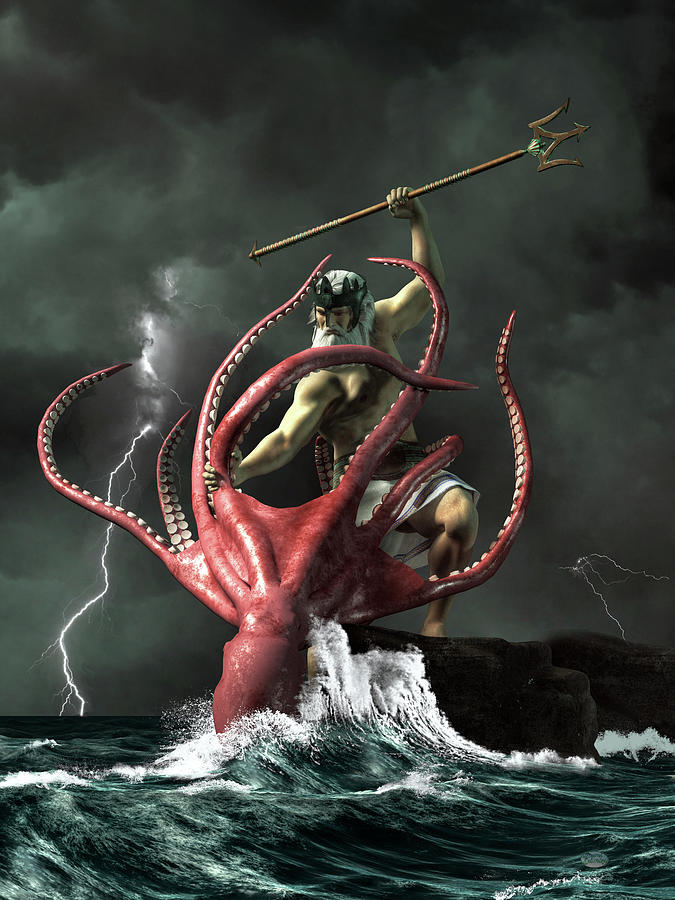 Poseidon vs. the Kraken

Poseidon vs. the Kraken

Poseidon, the ancient Greek got of the sea does battle with the Kraken, a giant octopus. The two great beings of mythology clash as a storm breaks sending lightning streaking down from the dark skies and giant waves crash against the rocks upon with the got and titan struggle. Posiedon raises his trident to strike as the Kraken wraps it tentacles around its foe.

Greek mythology is one of the most common themes in the art of western civilization.  I've been working on a collection of artworks depicting figures from mythology. This one, in fact, is very similar to my version of Zeus (https://daniel-eskridge.pixels.com/featured/the-wrath-of-zeus-daniel-eskridge.html).

The Kraken, by the way is actually not from Greek mythology, rather is comes from Scandinavian folklore.