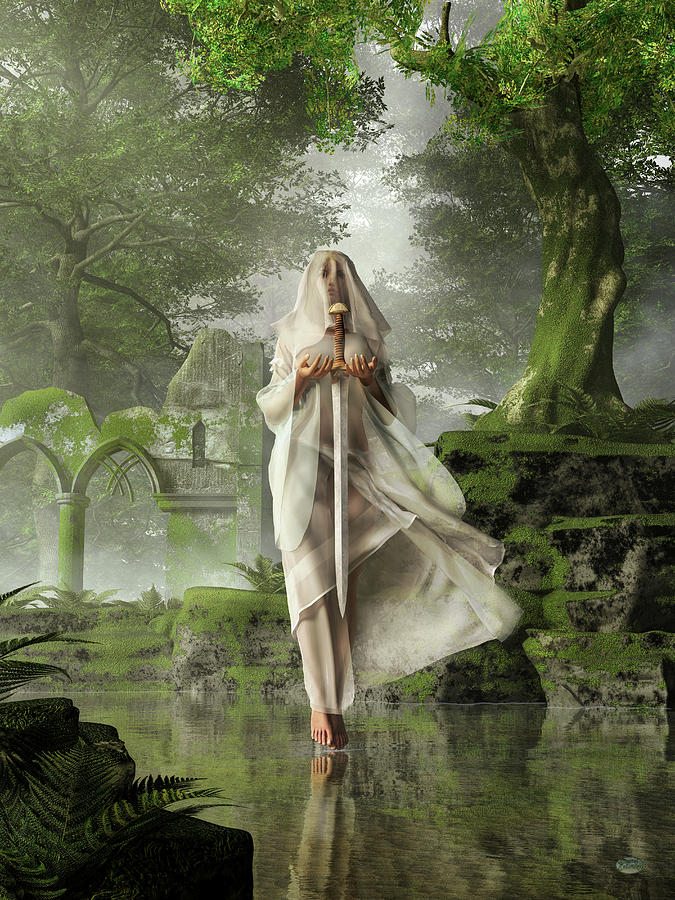 The Lady of the Lake

The Lady of the Lake

Rising from a forest lake, a ghostly apparition  of a woman floats just above the still waters.  Veiled and wearing all white she bares in her hands the magnificent sword Excalibur.  All around, moss covers every rock as well as some broken ruins of a castle on the far shore.

The Lady of the Lake seems to be several different characters in the tale of King Arthur and his knights of the round table.  Most often she rises from the water to give Arthur Excalibur, but she also raises Lancelot in some stories, is Merlin's wife or imprisons the wizard in a tree or cave.  She has a variety of name including Nimue and Vivian, with dozens of variations of spelling and pronunciation.

I heard a rumor that a new TV show based on the Legends of King Arthur is in the works.  In it Nimue appears to be the principle character.  So I had the idea to create my own version of this mystical figure from Arthurian legend.  I want to go for the more supernatural depiction where shes more like a spirit than an actual human.

Thanks for visiting,
Daniel

Congratulations on your recent sale!

Congratulations on your sale, Daniel!