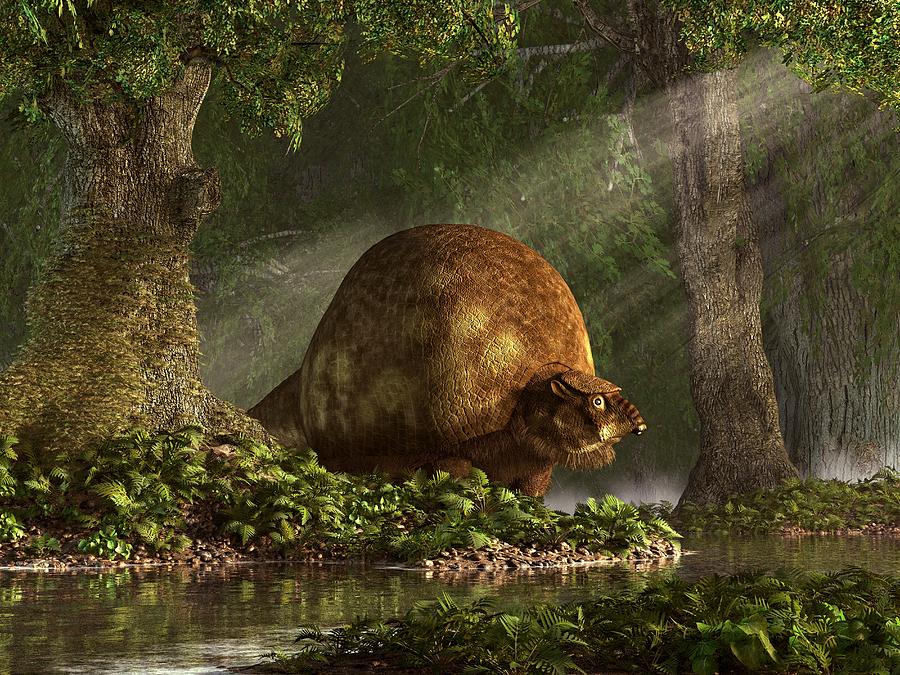 Glyptodons were giant cousins of the armadillo that lived in South and Central America during the last ice age. There were about the size of a small car and ate the tougher grasses and plants that grew on river banks and lake shores. They went extinct about 10,000 years ago. I read somewhere that they were likely hunted by humans and that people may have used their shells for storm shelters.

This image is part of my paleoart series.

A disclaimer about my paleoart: When it comes to paleoart, the images I create favor 'art' more than 'paleo'. While I try my best to depict animals as accurately as possible, I'm make no claim that they 100% scientifically accurate. The same goes for the environment I depict them in. I am primarily interested in creating aesthetically pleasing images and paintings. Scientific accuracy comes second behind artistic expression.

Thanks for the feature, Lesa!

Awesome work of a unique creature that I have never seen depicted before, great skill! voted!

Daniel, your work is amazing! Thanks for sharing with the Wild and Crazy group. f/v

Fantastic work! Hey, you know your paleo image may be more realistic than the "scientific" ones anyway! Great work here, I don't want to meet one in the wood though! fv vote

He's cute! I love the atmosphere!

wow, a giant armadillo shell as shelter.. what a concept..... your work is always amazing Daniel, always a wonderful look at the far past..v/f