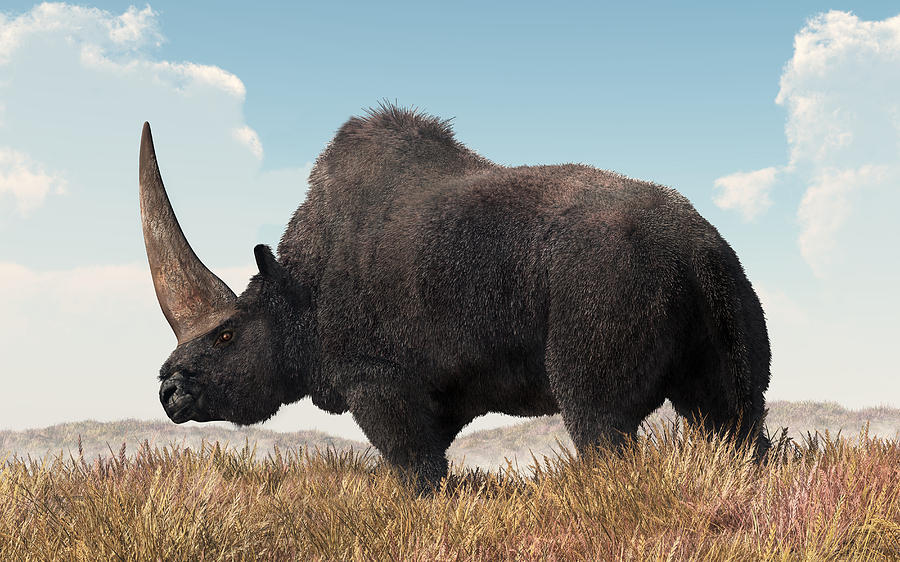 Elasmotherium was a prehistoric cousin of the rhinoceros. Now extinct, these animal lived in Europe and Asia during the Pleistocene era. Most notable was the single large horn that dominated their forehead. For this, they are sometimes referred to as the Siberian Unicorn.


While I've created many images featuring a woolly rhino, this is my first image to feature and Elasmotherium. I gave it a large hump based on a stone age painting found in Rouffignac Cave in France. Since it appears to have inhabited colder climates, I also give it fur. Otherwise, I wanted to start simple with this animal, so I placed it in a simple scene on a grassy hill.


Thanks for looking,
Daniel

Daniel how wonderful to see something so new for me i had never seen one before great Work of art. L/F